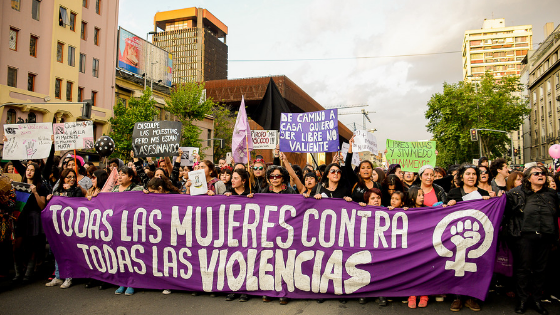 A common issue around the world has been gender inequality, one that has been getting better in some countries, such as the U.S., but continues to fester in others, such as many Latin American countries. Here are some statistics about the gender gap in Latin America compiled by the Gender Equality Observatory for Latin America and the Caribbean and what you can do to help combat this problem.

A key element to analyze gender gaps in well-being issues is the use of time and the distribution of unpaid work within households, as seen in Figure 1 below. In the recent past, women, aged fifteen and more, have been observed to work for substantially more unpaid time than men the same age and position do. In every single country where the data is available, women have dedicated much more time to unpaid work compared to men on the same issues. This shows that even though there is a growing amount of women working, there hasn’t been a real compensation, with a greater male participation in domestic and unpaid care work within households. Looking at these statistics, the overload of women working hours they aren’t paid for acts as an obstacle to a participation in the labor market equal to men and women, as well as to access to economic resources that could provide women with more autonomy.

Fig. 1. Average time spent on paid and unpaid work of the population aged 15 and over, by sex, by country, for the latest available data (Average hours per week), 2010-2016. Graph from Gender Equality Observatory for Latin America and the Caribbean, Total Work Time, (ECLAC - United Nations). Web.

In addition to the problem of unpaid work done by women, there is also an incredible difference in women’s participation in the ministerial cabinets during the most recent term of office compared to men. In all of Latin America, only 25.7% of participation in ministerial cabinets during the most recent term of office refers to women, as seen in Figure 2. Of course, there has been an increase since the previous terms, but the increase of women in ministerial cabinets is not a process of progress without setbacks, nor are the achievements made so far guaranteed. According to the most recent available data, eight countries in Latin America and four from the Caribbean showed a decrease in the number of women ministers in comparison with the previous presidential term. Simply put, there have been rises and falls in the most recent history, but there is so much farther to go in order to bridge the gender gap in Latin American government. Nicaragua is the farthest along, with a cabinet of 57% women, but on the other hand, two countries, Saint Lucia and Belize, both have 13.3% women in the cabinet, though it is a significant increase from the previous term’s 0%.

The statistics of femicide in 19 of the countries in Latin America can be seen in Figure 3, the numbers being incredibly high, even without the other countries added. In 2017 alone, there have been 2,559 femicides in only those 19 countries. When added data from 4 other countries of the region that only recorded femicides committed in the context of an intimate or former intimate partner, the figure raised to 2,795 women killed by femicide in 2017 alone. Data from 2016 and 2017 show that El Salvador is the country with the highest rate of femicides per 100,000 women in the region. In just South America, the highest rate is observed in Bolivia.

Fig. 3. Femicide or feminicide, most recent data available (In absolute numbers and rates per 100.000 women), 2017. Graph from Gender Equality Observatory for Latin America and the Caribbean, Femicide or Feminicide, (ECLAC - United Nations). Web.

You may be wondering what you can do to help combat these problems, so prevalent and rampant in Latin America. One way for you to do so is to volunteer abroad with an opportunity to help women find the tools they need to enter the workforce, teach women about empowerment, leadership, and sustainable development, positively impact the society there, and bring your learnings back to your home!